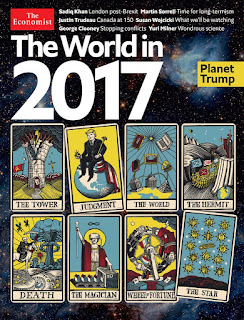 16 Kislev According to the opinion of the Talmudic sage Rabbi Yehoshua, who maintains that the Flood began on 17 Iyar, the bottom of Noach’s Tayva / Ark, submerged 11 cubits beneath the water's surface, touched down and came to rest on the top of Mount Ararat on this day (2104 BCE?) .

20 Kislev 3414 - 348 B.C.E.:
The Navi (prophet) Ezra HaSofer (the Scribe), head of the Sanhedrin and the leader of the Jewish people at the time of the building of the Second Beit HaMikdash, addressed a three-day assemblage in Yerushalayim, urging the people to adhere to the teachings of the Torah and to dissolve their marraiges to non-jews. (The Jewish people were on the verge of complete assimilation at the time, following their 70-year exile in Babylonia). Ezra established many batei din for this purpose. He also urges them to purge the Jewish community of foreign elements and influence. (Ezra 10:9-13) (See 17 Kislev).

21 Kislev 3442 - 320 B.C.E.:
A historic meeting occurred between Shimon HaTzaddik and Alexander ('the Great") of Macedonia. The Cuthim (Samarians), bitter enemies of the Jews, had convinced Alexander that the Jews' refusal to place his image in their Beit HaMikdash was a sign of rebellion against his sovereignty, and that the Beit HaMikdash should be destroyed. The Kohen Gadol ("High Priest") at the time was Shimon HaTzaddik, the last of the "Men of the Great Assembly" who rebuilt the Beit HaMikdash and revitalized Judaism under Ezra.
On the 21st of Kislev, Alexander marched on Yerushalayim at the head of his army. Shimon HaTzaddik, garbed in the bigdei kehunah, (vestments of the High Priest), and accompanied by a delegation of Jewish dignitaries, went forth to greet him. The two groups walked towards each other all night; meeting at the crack of dawn.
When Alexander beheld the visage of Shimon HaTzaddik , the Kohen Gadol, he made the rare move of dismounting from his horse and bowing respectfully; to his men he explained that he often had dreams and visions of Shimon HaTzaddik leading him into battle. Shimon HaTzaddik brought the emperor to the Beit HaMikdash and explained to the king how concerned the Jews were for his safety and prosperity. He also explained that Judaism prohibits the display of any graven image; he offered to name all the male children born to priests that year "Alexander" as a demonstration of loyalty to the emperor (which is how "Alexander" became a common Jewish name).The king retreated, and the Cuthim’s (Samarians) plot was rebuffed. The Jews destroyed the Cuthian temple and 21 Kislev was declared a Yom Tov. (Talmud Yoma 69a).
According to an alternative version, this episode occurred on 25 Tevet. Called Yom Har Gerizim (in Megillat Taanit) to celebrate the victory over the Samarians (Shomronim).

5 Shvat 2516 - 1245 B.C.E.:
According to one opinion, the last of the Zekeinim (elders), who were contemporaries of Yehoshua / Joshua and outlived him, were niftar on this date. They were part of the unbroken chain of Torah transmission (the mesorah) as listed at the beginning of Pirkei Avot / Ethics of the Fathers: "Moshe received the Torah from Sinai and gave it over to Yehoshua. Yehoshua gave it over to the Zekeinim, the Zekeinim to the Nevi'im..." who continued the chain of the mesorah,
Today is a Taanit Tzaddikim commemorating that event. According to another opinion, it took place on 8 Shvat, 1245 B.C.E. (see Shulchan Aruch 580:2 and commentaries there. Others say that this occurred 17 years later, in 2531 - 1230 B.C.E.. See Shabbat 105b and Seder Hadorot, under “Yehoshua.”)

Roman Emperor Flavius Claudius Julianus (whom the Christians call "Julian the Apostate") gave permission to the Jews to start rebuilding the Beit Hamikdash. His death in June 26, 363 in a war with the Persians put an end to the plan.