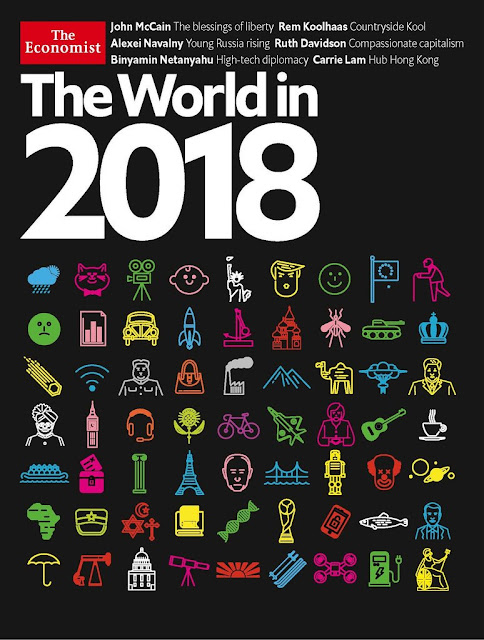 January looks like it will be stormy, read this to know a likely reason why https://dailyreckoning.com/president-trump-america-rude-awakening/


If 44 is the Lotus flower (4th column, 4th row)   https://z3news.com/w/vision-snake-lotus-flower-reveals-antichrist-rising/

The falling star, 1 column, 3rd down. The Quadrantids meteor shower runs from Jan 1 to 5th, its peak is on the 3rd.  http://www.seasky.org/astronomy/astronomy-calendar-2018.html

Column 1 end character is the umbrella (Rain) that would be 28- 31 date range, the US stock market topped at 26616 DJIA on 26 Jan 2018. The next symbols are the Fat-cat (Bankers)and a chart showing a downtrend that coincides with the severe market sell-off in late Jan and early Feb. The red oil pump at the end of the 2nd column I think indicates OIL in the red (Oil price drop).

Column 2 (Feb) Characters 6 & 7; 6 seems to be an upside down GREEN purse (the US Dollar?) followed by a RED oil-pump (Chinese Yuan).  Dollar upset late Feb and oil begins to be traded in Chinese currency at the very end of Feb 2018?

I'm looking at column 3 (Mar), character 2, the VW "bug".... computer virus? 5-8 March time-frame. the V and W reference to the Up and down of the Markets (Stock and bond?). A bug hitting the financial sector?  The USA will need an excuse for the attack....  blame a cyber attack on NK?

The dead clown in the 8th column is the August Column and is the 5th down (the 17-20 August date range).  I think the Rothschild owned Economist magazine is saying that Trump will be assassinated. That is what THEY see him as.

Interpretation; resistance to the NWO (Revived Roman empire) will come to an end.

The figure in the 9th column (September), 6th down I believe is Obama being "reinstalled"as ruler of America. The last character I believe is Apollo / Apollyon / The Destroyer.

In talking about a strike on NK after Byron Searle received a prophetic word about the USA striking NK after the Olympics:   https://z3news.com/w/world-ready-war-red-horse-stirred-hearts-evil-men/

"America with all her pride will with confidence attack North Korea after the Olympic Games. The victory will only infill the nation and King with more pride. My son, Pride goeth before the fall and this nation has great pride and will have a great fall."

The strike will likely be done during a period of low moonlight. The US military can operate with impunity in darkness ( night vision goggles, thermal imaging…etc). NK forces will be restricted to daylight ops / visual. Olympics end 25 Feb, too bright. March 13 – 21 ideal time… likely early in that period to gain air superiority just like Op Desert Storm. Enemy restricted to visual / daylight ops… the US will use its Tech advantage and fight at night. Not glorifying this, just saying how and when this could likely take place.
https://www.calendar-12.com/moon_calendar/2018/march
https://vigilantcitizen.com/latestnews/invasion-of-libya-on-the-same-day-as-the-invasion-of-iraq-the-vernal-equinox/

Added reason for the USA to do this;
https://www.zerohedge.com/news/2018-02-14/end-petrodollar-china-unveils-oil-futures-launch-date

also it looks like there is an embedded Masonic Level and Square in the image. 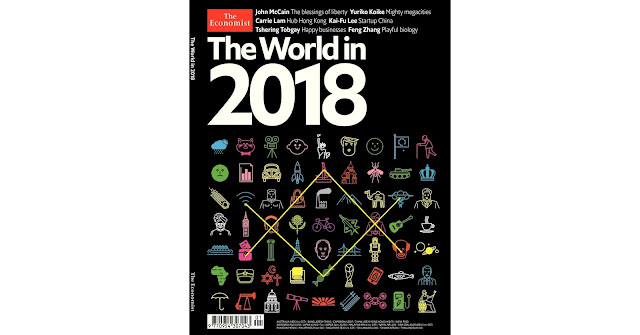 Notice the column 7, 4th down character, Angela Merkel giving the pyramid symbol.  The DNA strand pointing, the pendulum looking a bit like a Masonic Level (Compass), the twin mountains (Level and Square).

Wondering if the "Ballot box could be Pandora's box since we have a bit of a Greek theme running here?  https://en.wikipedia.org/wiki/Pandora%27s_box

"According to Hesiod, when Prometheus stole fire from heaven, Zeus, the king of the gods, took vengeance by presenting Pandora to Prometheus' brother Epimetheus. Pandora opened a jar left in his care containing death and many other evils which were then released into the world. She hastened to close the container, but the whole contents had escaped except for one thing that lay at the bottom – usually translated as Hope [and CHANGE emphasis mine], though it could also have the pessimistic meaning of “deceptive expectation".[4]
From this story has grown the idiom “to open (a) Pandora’s box”, meaning to do or start something that will cause many unforeseen problems.[5] Its modern, more colloquial equivalent is "to open a can of worms".[6]"

Within 1 hour of posting my Pandora's box comment, Egon Von Greyerz (Economist) in a King world news article posted this.

The elite like to have world events coincide with astronomical events

Column 6, 3rd down equating to 9-12 July 2018
Venus conjunction with the moon / image; two mountains,one eclipsing the other.


C3,Char 3 (March, 9-12)  Kim Jong Un,  WAR with NK!  Perfect time to do it.  Low illum from moon! USA can bomb with impunity due to night vision tech, NK forces restricted to daylight ops.


The strike will likely be done during a period of low moonlight. The US military can operate with impunity in darkness ( night vision goggles, thermal imaging…etc). NK forces will be restricted to daylight ops / visual. Olympics end 25 Feb, too bright. March 13 – 21 ideal time… likely early in that period to gain air superiority just like Op Desert Storm. Enemy restricted to visual / daylight ops… the US will use its Tech advantage and fight at night. Not glorifying this, just saying how and when this could likely take place.
https://www.calendar-12.com/moon_calendar/2018/march
https://vigilantcitizen.com/latestnews/invasion-of-libya-on-the-same-day-as-the-invasion-of-iraq-the-vernal-equinox/


25 Adar 3365 - 396 B.C.E.:
Death of King Nevuchadnetzar, the Babylonian emperor who conquered Yerushalayim and destroyed the first Beit HaMikdash 26 years earlier and exiled the Jews from Eretz Yisrael, (Yirmiyahu / Jeremiah 52:31). (There are a number of opinions regarding the sequence of events of the next few days; we follow the braita of Seder Olam. See Luach d’Var Yom b’Yomo for further discussion of this topic.)
Nevuchadnetzar built the most powerful nation in the world by ruthlessly attacking and annexing neighboring countries.


25 Adar 5651 - 1891:
U.S. President Harrison was petitioned to aid in the reestablishment of Palestine as a sovereign Jewish state in Eretz Yisrael. This Petition was circulated among prominent Americans (not Jews). The petition was signed, by Cyrus McCormick, J. P. Morgan, William McKinley, John D. Rockefeller, Russel Sage, and Cardinal Gibbons, among others.
It was a spontaneous expression of American sympathy for Zionism, totally independent of Jewish Zionist activities.
The petition was motivated by Biblical influences and by intense indignation aroused by Russian pograms.
25 Adar 5693 - March 23, 1933:
The German Reichstag granted Adolph Hitler dictatorial powers.


"The operation was named after the Biblical figure Nachshon Ben Aminadav, who was the first to wade into the Red Sea when the Hebrews escaped from slavery in Egypt."

Operation Nachshon (Hebrew: מבצע נחשון‎, Mivtza Nahshon) was a Jewish military operation during the 1948 war. Lasting from 5–20 April 1948, its objective was to break the Siege of Jerusalem by opening the Tel-Aviv – Jerusalem road blockaded by Palestinian Arabs and to supply food and weapons to the isolated Jewish community of Jerusalem.
The column in Column 3 (March 2018) 5th character down is 17- 20 March date range.  17 March is 1 Nisan 5778, the beginning of the religious year, the LORD stated in the bible that the first month is Nisan.

Column 3, character 3 was the Kim Jong Un character.  It was the 9-12 March 2018 date range.  Look what happened on 9 March 2018
https://www.reuters.com/article/us-northkorea-missiles-trump/trump-says-south-korea-to-make-major-announcement-on-north-korea-idUSKCN1GK34N

The baby in column 4, row1 corresponds with the fast of the first born.
The day before Pesach (Passover) is the Fast of the Firstborn, a minor fast for all firstborn males, commemorating the fact that the firstborn Jewish males in Egypt were not killed during the final plague.

The Blue Rocket (column 4, row 2) I believe symbolizes Christ's rising from the grave. Christ died on Passover as the ultimate sacrifice for the sins of all humanity.  3 days later Jesus Christ rose from the dead. Colton Burpo whose father Todd wrote "Heaven is for real" after Colton died and went to Heaven.  Colton described GOD as the color blue.

The dates do not completely lineup.The Fast of the firstborn is the day before Passover (Beginning 30 March at sundown) and the baby is in the April 1-4 slot. Christ rose 3 days after dying on the cross which would take us to 3 April.  The Rocket is in the 5-8 date range. "Close enough for Government work"!

https://www.infowars.com/boston-marathon-bombing-who-do-they-plan-to-blame/
"Along with the immediate strangeness of the attack, the timing is also rather perfect for the establishment.
April 15th is tax day across the nation, and Tax Protest Day sponsored annually by Tea Party organizations across the country also just happened to fall on the 15th this year.  On top of this, in Massachusetts, Patriots Day (a civic holiday celebrating the battles of Lexington and Concord) is held on the third Monday of April every year..."

An event on Patriots day would be the perfect time for the Elite to try to pin this on Conservative, "right-wing" extremists.

Please see my link to my article above the photo of the cover for other date hits so far with this theory of the columns being months and the characters being a 4 day range of days in that month.


PS
I sent this to Jeff Byerly, and as I had been typing this up I hadn't refreshed WBJ.  I sent it, went back to WBJ and refreshed it and then saw he had posted an article on the Kick off event as well as one below by Byron Searle that talked about the Kick off event.


Eighteen days after entering Eretz Yisrael, Bnei Yisroel marched around the walls of the fortified city of Yericho / Jericho for seven days, carrying the Aron HaKodesh / Holy Ark, proceeded by kohanim sounding the shofar (Ram's horn). On the seventh day, 28 Nisan, which fell on Shabbat, the walls crumbled and the city was conquered.

28 Nisan 5672 - April 15, 1912:
The RMS Titanic sank after crashing into an iceberg in the North Atlantic. The Titanic was the largest passenger and most luxurious steamship in the world at the time, accommodating over 2,000 passengers. Promoters bragged that it was "the ship that even G-d couldn't sink." The sinking resulted in the deaths of more than 1,500 people, ranking it as one of the worst peacetime maritime disasters in history, and by far the most famous.

17 Lyar is the day the rains of the flood began.  This year it corresponds with 1 May at sundown ( communist Mayday).

1 May on the 2018 economist cover is the statue of liberty (note the torch being blown by a wind head east/ also pendulum swing / factory winds being blow by a wind heading east).  May column, character 1 (1 May thru 4 may date range).

Now count out 40 days (of rain). Comes out to the twin peaks of the mountains in the June column (10 June). 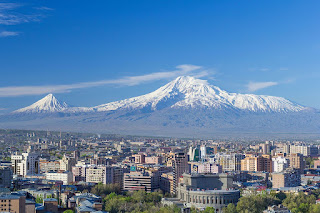 Two of every creature into the ark? All the 2’s you have referenced.
CPJ’S “its raining diamonds” comment about five below this one.